The two main cultures that made up the prehispanic culture of Oaxaca are the Mixtec and Zapotec, both had a strong presence in Monte Albán. Monte Albán, the ancient Zapotec capital was the most important center for economics and politics in the Central Valleys and is the tourist symbol for Oaxaca.

In 1932, the Mexican archaeologist, Alfonso Caso, discovered a tomb which he named Tomb 7, finding one of the most extraordinary archaeological treasures of the country. Mitla, another archeological site, amazes you because of its exquisite and unique architecture. The main attraction of this archaeological site is, without a doubt, its variety of ornamental buildings with unique designs (grecas). Some other interesting archaeological sites are: Dainzú, Yagul and Lambityeco. 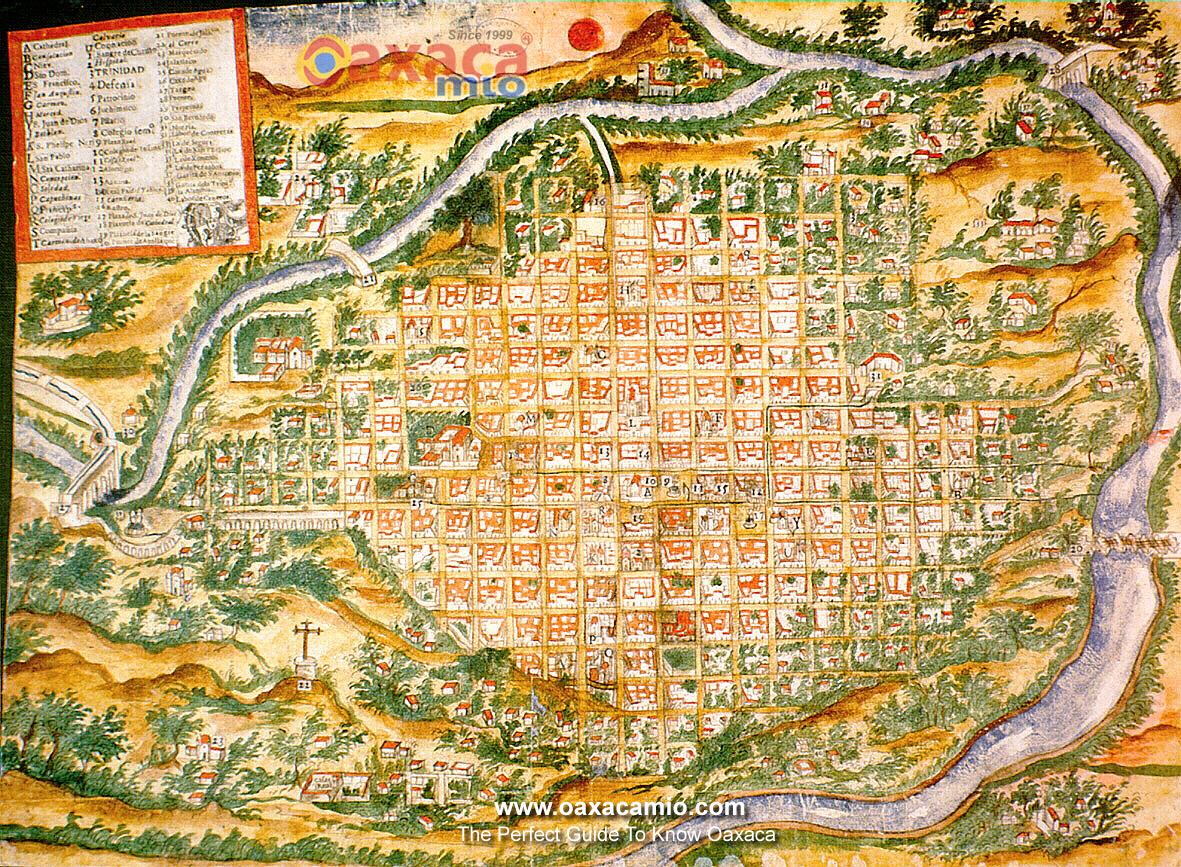 This map represents the current historic center of the City of Oaxaca in the year 1745 approximately and is in the General Archive of the Indies (Seville, Spain). We thank José Manuel Díaz de T.R., for sending us the image and great help in the dissemination of this historical document.

The city of Oaxaca de Juarez, initially named Antequera, was founded in 1529 in a small valley occupied by a group of Zapotec Indians. It is an example of sixteenth XVI century colonial city and of town planning given that it retains its trace in the form of checkerboard with square blocks and portals on all four sides of the square. To trace the Villa de Antequera, Alonso García Bravo chose a point midway between the rivers Jalatlaco, Atoyac and the Cerro del Fortin. The trace was initiated from a central plaza basis of two axes, east-west and north-south, with a slight tilt to compensate for the lighting and sunlight due to its latitude. 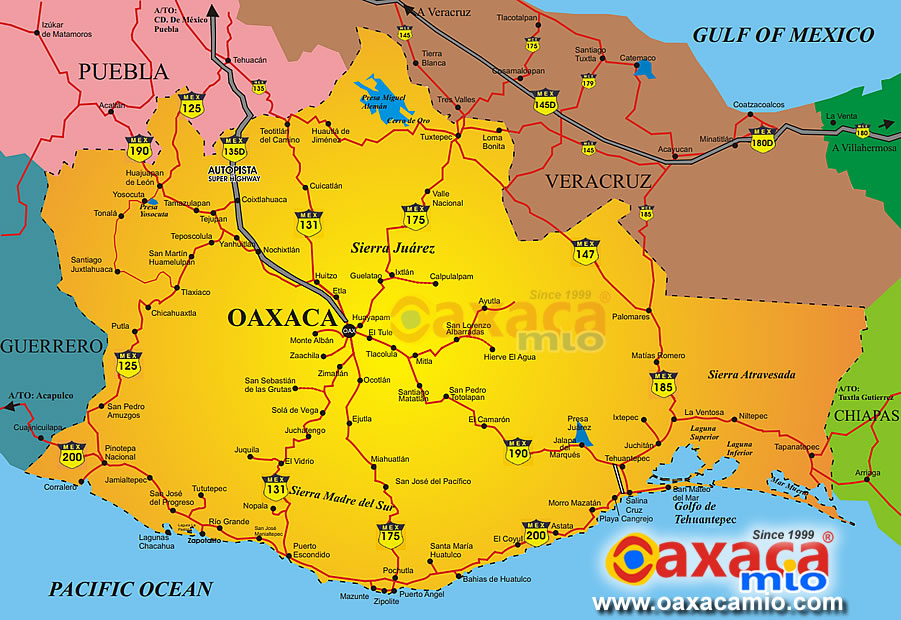 TOTAL POPULATION OF THE STATE OF OAXACA

The state of Oaxaca is divided into eight regions: Cañada, Istmo, Costa, Mixteca, Papaloapan, Sierra Norte, Sierra Sur and Valles Centrales. The state capital is Oaxaca de Juárez, which is considered a cultural and historical landmark.

The Oaxaca weather is unbeatable. A typical day can be sunny and have 20 degrees in the afternoon (68f), with a heavy rain at sunset. Being cool enough to wear a light sweater at night. April and May are a little hotter and the winter months cooler, but most of the year enjoys this mild climate. The air of Oaxaca is also quite dry, with the exception of the rainy season.

The main port is Salina Cruz, where commerce and fishing takes place. Puerto Escondido and Bays of de Huatulco offer a wide variety of water sports and sports fishing.

Holy week (Semana Santa), the annual world-famous Guelaguetza festival in July (folkloric dances and a variety of celebrations), the Day of the Dead (October 31, November 1 and 2), and the Night of the Radishes (December).

The high tourist season in Oaxaca City and the Valles Centrales are: