During the past century, it was known as "Punta Escondida" (Hidden Point), which at the time, was just a small fishing village with an important commercial port from which aromatic coffee and precious wood was shipped. When commercial activities started fading, it became a fishing village again. It was not until the thirties that this settlement became a real town. The name was changed from "Punta Escondida" to "Puerto Escondido" ( Hidden Port ).

During the sixties, Puerto Escondido was aided greatly by the construction of a highway leading to Acapulco . Tourism started to flourish, due mostly to its quiet nature and beautiful beaches, gently bathed by the Pacific Ocean.

With time, tourism has increased, foreigners for the most part, and a handful of adventurous Oaxacan youngsters have been visiting Puerto Escondido, despite the rough roads that led from the capital city to this beach site. The present roads are paved and in good shape. Through the years, hotels and resorts were constructed. The beach palapas (large, palm-thatched, umbrella-shaped beach shelters), where fishermen offered exquisite sea food specialties, have been disappearing, giving way to modern tourist developments. Currently, Puerto Escondido is one of the most important tourist sites on the Oaxacan Coast.

HOW TO GET THERE

Puerto Escondido has a national airport. There are flights from Mexico City and from Oaxaca City to this marvelous beach resort. If you prefer to travel by land, there are a number of bus lines which will get you to Puerto Escondido in comfort, or you can travel by car. Either way, you will enjoy the beautiful and different scenery that Mexico has to offer.

Select your next travel experience

We offer you the best prices and rates for you and your family to enjoy a wonderful vacation in Oaxaca City and its surroundings.

Applies for any date of the year. Book in advance. 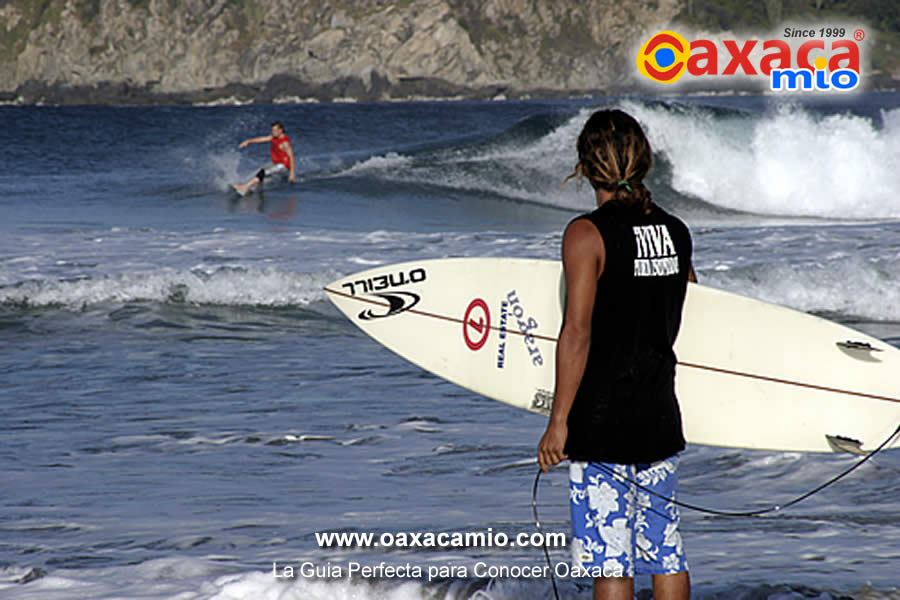 Here’s the complete guide to the best Puerto Escondido beaches to suit your travel style as well as the top spots from Bacocho to Zicatela beach for swimming, surfing, snorkelling or just chilling out.

Best Puerto Escondido beach for nightclubs, restaurants, walking, surfing and the “scene”. Playa Zicatelas is home to the epic Mexican Pipeline, an unforgiving wave break that draws surfing aficionados from around the world.

This beach is long, divided in three sections, among rocks that, with the presence of palm trees, and thorny bushes bordering it, create a very pleasant natural environment.

This beach is approximately 460 feet (140 meters) long by 98 feet (30 meters) wide. The gently inclined sand is smooth and white.

The smooth, white sand is gently inclined, and the greenish-blue water is warm and transparent. All this makes this site an ideal spot for scuba diving, snorkeling, and sunbathing.

It is an ideal spot for surfing, especially for beginners. It has a hotel and a restaurant, locker rooms, showers, public bathrooms and umbrellas for rent.

The Playa Principal Beach (The Main Beach) receives its name because it is on the far side of the Main Bay in Puerto Escondido.

This beach is like a natural pool. It is an extraordinary spot for swimming, diving, scuba diving and snorkeling. Its inviting peacefulness makes Puerto Angelito very popular during weekends and holidays.

To visit this little corner of Oaxaca , means to experience its wonderful beaches, where one can participate in almost every water sport. Surfing is extremely popular at Zicatela Beach , with its enormously high waves.

In addition to the natural attractions this site offers, there is also a great variety of cultural riches. The folklore of the region is always cheerful and colorful.